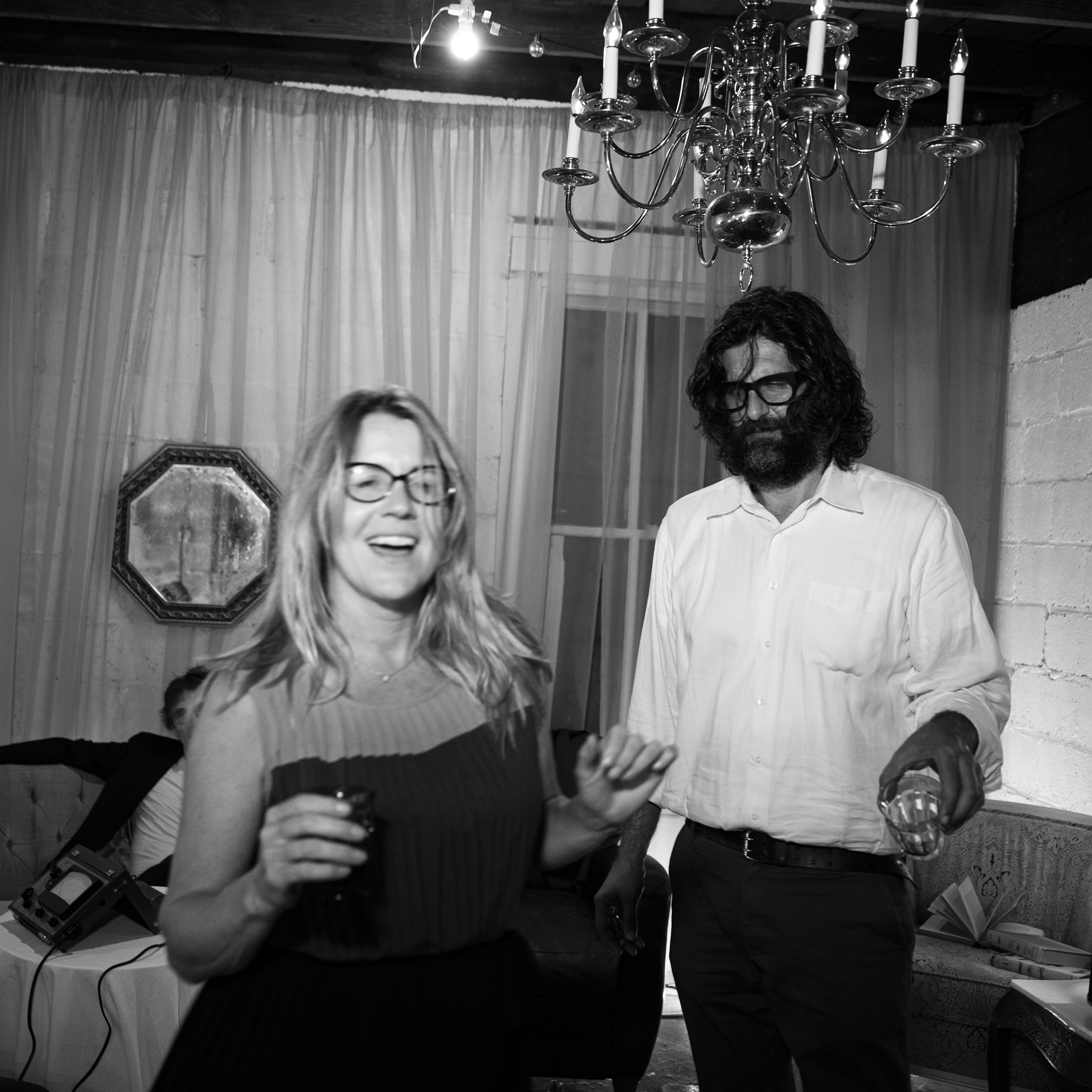 Machines In Between, Episode 1, Launches Live on 11/5

LANCASTER, PA —Please bring yourselves, your friends, your machines, and your listening ears for two nights of audio-visual effervescence in celebration of the experimental audio series, Machines in Between. All are welcome.

SATURDAY, NOVEMBER 5 from  ‍5:00-9:00 pm
Join us for the premier of Machines In Between: Episode 1, played LIVE on wax at the Vinyl Church
‍Vinyl Church Grand Opening; 5pm: Doors open // 6:30pm: Machines in Between Episode One Premiere. Free

*Machines in Between Audio Series*

Part mixtape, surreal performance, and philosophical experiment, the Machines In Between audio series features an eclectic and world-renowned cast of scholars, musicians, filmmakers, and artists. It is a wild ride through a fun-house of samples, science-fiction, and searing social critique. Season One of Machines in Between features original music and segments ranging from biblical translation and breast pumps to technologies of slavery and the mythology of bitcoin. Machines In Between is available on Apple podcasts, Spotify, online at www.machinesinbetween.com and wherever you download your sound. Episodes and bonus tracks drop weekly from November 2022 through May 2023.

For a press preview of Episode one, please email John Modern at john.modern@fandm.edu.

‍From November 2022- May 2023, Lancaster’s experimental studio, Modern Art, will be transformed into the VINYL CHURCH—an interactive installation inviting visitors to bear witness to the machines in between archive. The Vinyl Church is a sacred space of saturation. Walls covered with records chosen for their insistence upon another world; chosen for their intensities, desperate demands, and surplus of feeling; chosen for their longing, for their standing awestruck and bent harmonies. Portals to the other worlds of heaven, UFOs, and talking spirits, of chakras and healing energies.

John Modern, co-host and producer
John Modern is Arthur and Katherine Shadek Professor of the Humanities and Religious studies at Franklin & Marshall College. Modern teaches classes on American religious history, literature, science, technology, and aesthetics. Former Editor-at-Large for The Immanent Frame, he co-curated Frequencies and co-edits Class 200: New Studies in Religion (both with Kathryn Lofton). Modern is the author of Secularism in Antebellum America (University of Chicago Press) and The Bop Apocalypse: The Religious Visions of Kerouac, Ginsberg, and Burroughs (University of Illinois Press). Neuromatic; or, a Particular History of Religion and the Brain from published University of Chicago Press was recently awarded the International Society for the Study of Religion and Science 2022 ISSR Best Book Award. Modern is a former member of the School of Social Science at the Institute for Advanced Study and an ACLS Frederick Burkhardt fellow at the McNeil Center for Early American Studies.

Libby Modern, Co-host and art director
Libby Modern is the founder of Modern Art, an experimental storefront studio in Lancaster, PA. Her projects range from spontaneous interventions on the block (like a to-do list exchange, voting practice, a neighborhood art swap) to large scale installations (like a hotel for your phone, an art peep show, a giant ampersand ) with a bunch of communications strategies for social and environmental causes thrown in.  All use elements of surprise, curiosity, empathy, humor and art to encourage neighbors, both near and far, to experience affective ties with one another and participate in the process, and the aesthetics, of community building. 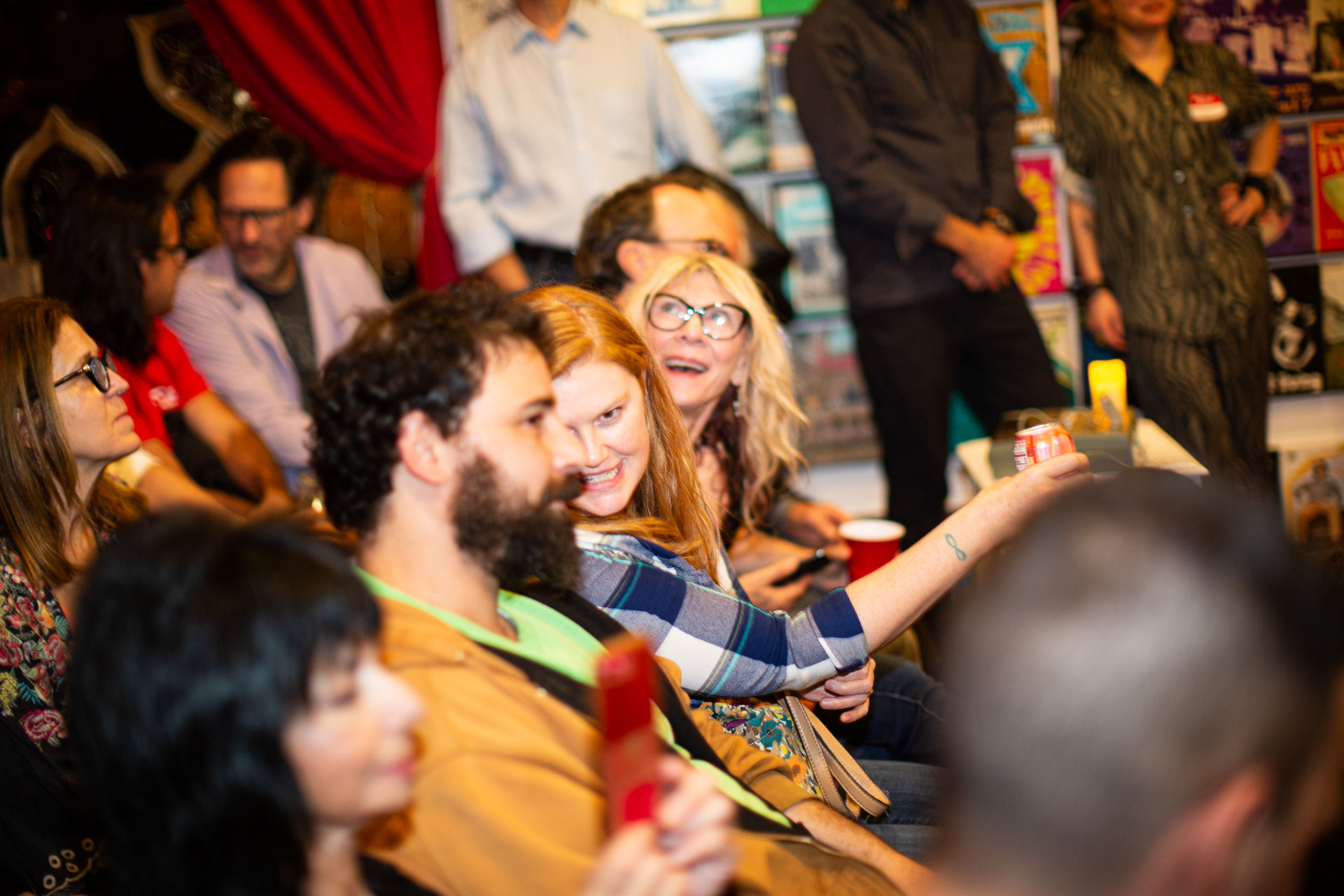 Join us on Tuesday, Dec 6 for a communal listening experience in the Vinyl church 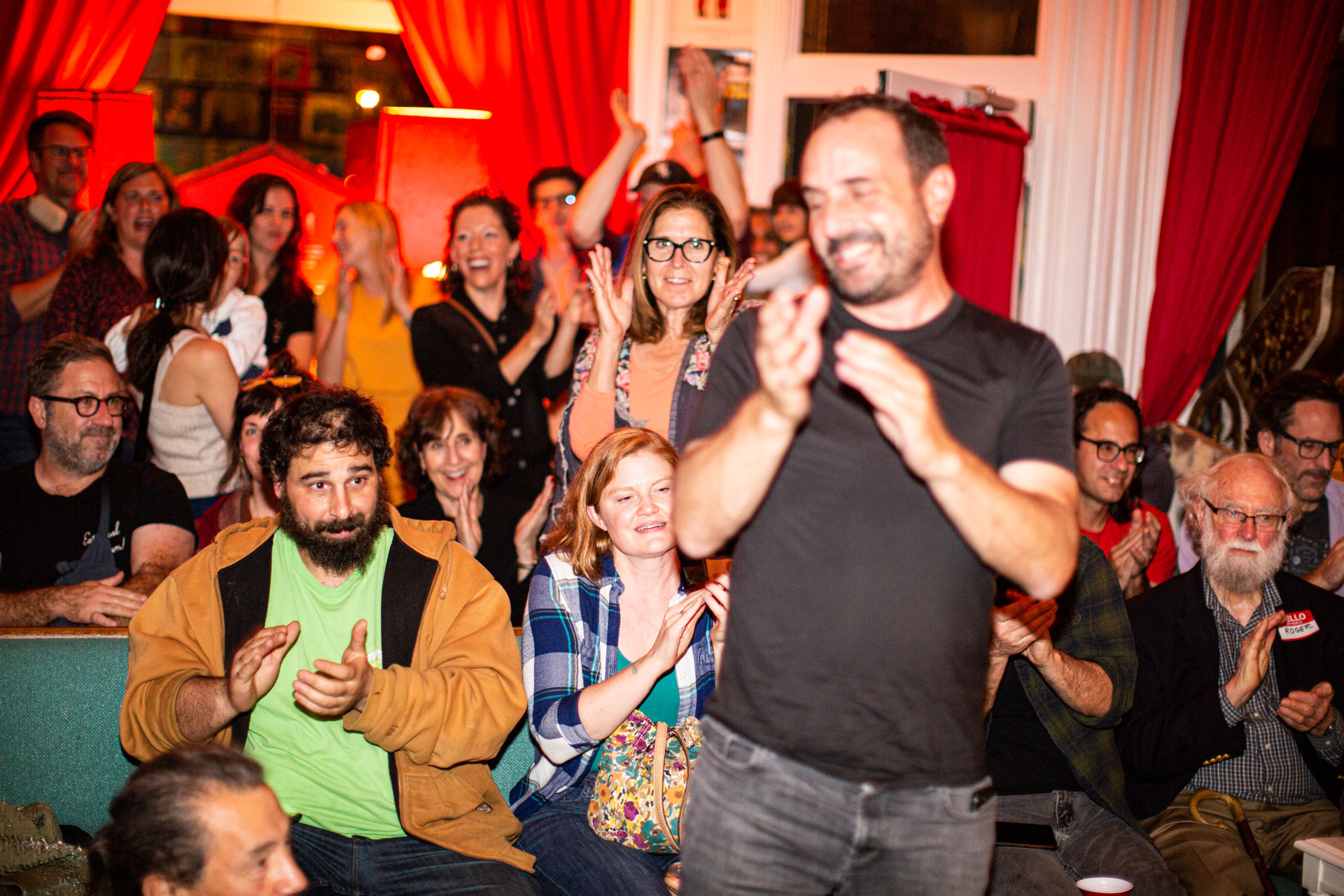 Thanks to all the Churchgoers
News
ART
EVENTS
VINYL CHURCH

Thank you to everyone, from near and far, who came out to experience the Vinyl Church. 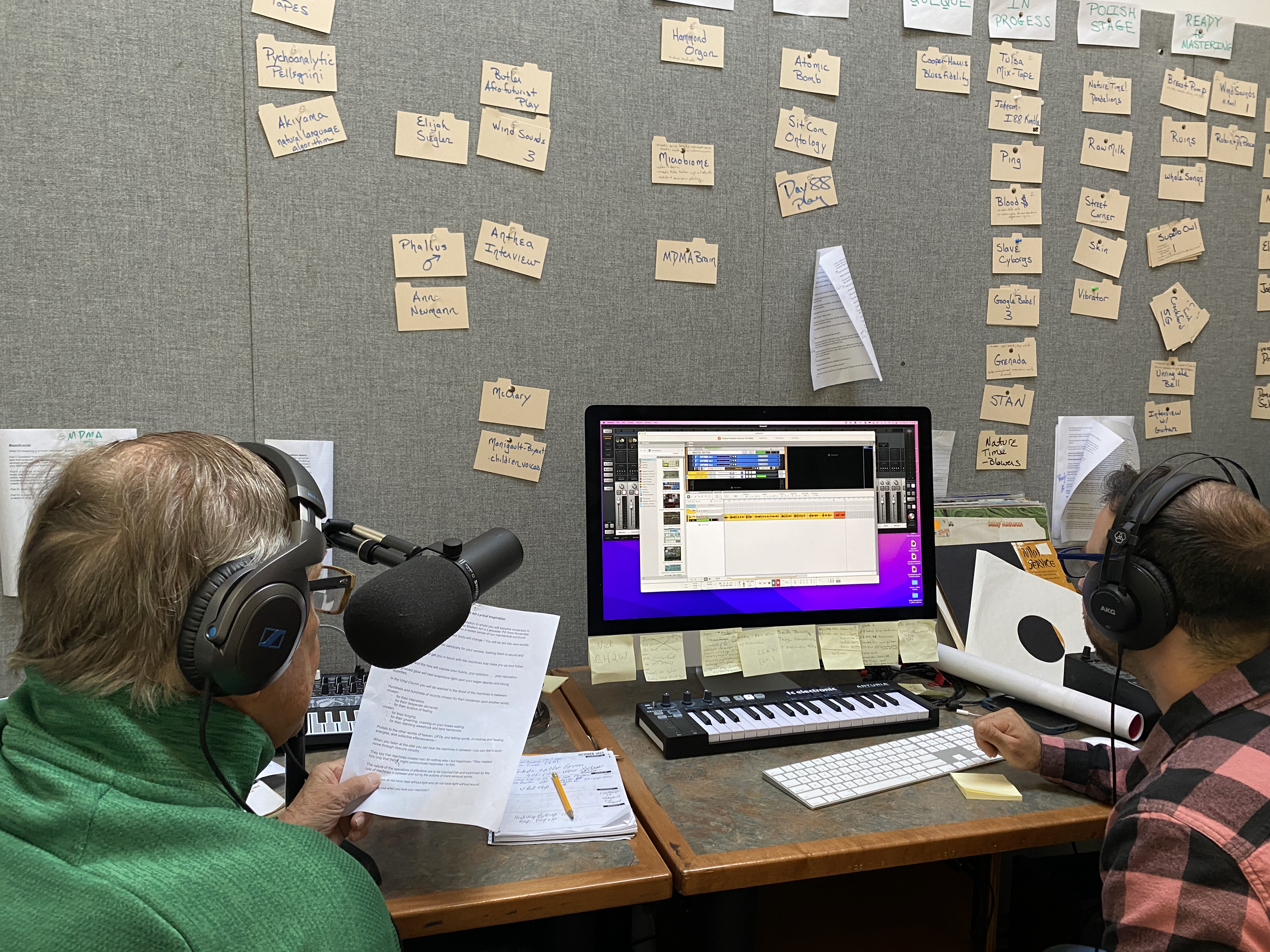 I first heard Doc Roc when I was 16, listening to WIXQ radio